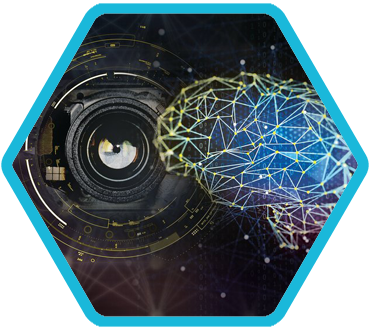 We leverage the latest technological advances, such as AI, to enable automated systems to make human-like decisions.

Machine vision applications have been used in manufacturing, analysis and research for over 20 years, and in that time not much has changed. Since its inception in these fields, machine vision has been aiding manufacturers and research centres to identify objects based on programmed algorithms that detect and examine predetermined elements. However, its application was limited in nature as it was connected to the predictability of the task. 30 Years later, and machine vision is still unable to extend beyond its original limitations to tackle non standardised tasks. Not until deep learning that is.

Deep learning in machine vision applications is set to disrupt the industry with its ability to examine complex and varying objects with the same level of precision it would simple objects. Except now, it won’t just be repeating an action. It will be intuitively deciphering what action needs to be taken.

So, what exactly is deep learning?

Deep learning is software designed to mimic the human brain. It’s meant to absorb information as a human would and then use what it has learnt in a practical environment. Making it especially beneficial in areas of AI where responses would be (and still are) difficult to program. Deep learning does not require a programmer to code what it should do. It works through an artificial neural network that closely resembles a human brain. For example, after being taught the different defects or flaws an object could have, it is able to use that information across different objects with extreme accuracy.

Until now, machine vision has only worked under controlled circumstances, tasked with repeating the same movement over and over again. In production, for example, it would scan an object to determine whether the object met predetermined specifications, and either rejected the object or allowed it to journey on.

It was a straightforward and easy enough process that did not require an active workforce to complete. So, when machine vision entered the market in the 90’s it was a revolutionary way to streamline production and slim down a bloated workforce. In industries where precision was essential to manufacturing, research and analysis machine vision would automate specific task with surprising accuracy.

However, the objects and patterns these machines could scan was limited to what it could be programmed to understand. There were no variables, no complex analysis or nonstandard objects to examine. The objects were standard and the results were simple enough to predetermine. All an engineer had to do was code the machine to complete its duty.

But as deep learning is entering this space, machines would now be able to decipher various unstandardised objects with that same level of accuracy. Objects and items that could vary in nature, and defects that could vary as well. After an initial phase of “teaching” the device what is acceptable, and what an object should look like, the machine is then able to collect this data to precisely detect similar scenarios in the field. And then accurately determine what should be done.

The greatest advantage of deep learning in machine vision is that the software deviates from pure repetition – which is, in fact, machine visions biggest limitation. When deep learning is coupled with machine vision this limitation would be completely shattered. Now, the visual software could determine what needs to be done after analysing a completely new or foreign object. In the same way a human would. As this is the case, the machine could work in any part of research and manufacturing where analysis and precision is required, and where tasks aren’t straightforward.

But in order for deep learning to work you need big data from which the machine can base its results. Once the machine has this data it will continue to learn just as humans do, becoming an asset to your team in the process.

Get in touch
Manage Cookie Consent
We use cookies to optimize our website and our service.
Manage options Manage services Manage vendors Read more about these purposes
View preferences
{title} {title} {title}